The Curious Case of #Lamodaromántica: Can Influencers Help Your Campaign? 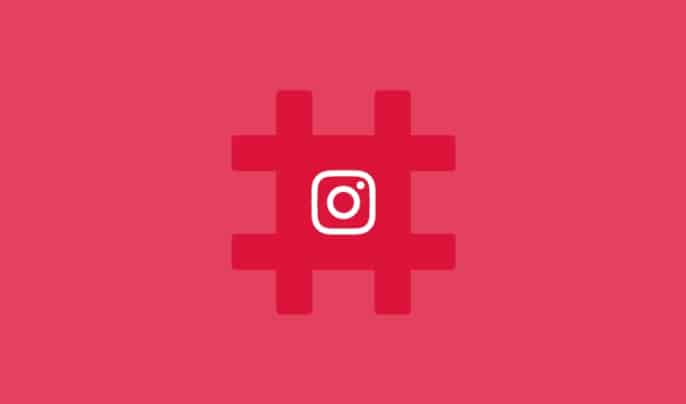 To what extent is it effective to involve influencers in a marketing campaign in social media? How does one assess the possible impact of this collaboration? As always, everything will depend on the objectives and the strategy that the brand has set for their campaign, and the influencer that has been selected.

Finding the right influencers is not a trivial task. An influencer does not necessarily have to be the one with the most followers, nor the one who writes the most articles on his or her blog. And besides, nobody is “influential” in the general sense of the word. It will also depend on the topic that is being addressed, the social network being used and the geographic scope of the project. How do we find them then? In this article, we will teach you how to understand campaigns on social media platforms and provide you with the best insights in selecting the perfect influencer for your event.

But first, in order to measure the results, the objectives and strategy must be defined very well. The timeline of the campaign is of equal importance as well. What are we looking for? To get notoriety?  To capture leads? To increase sales? And within what time frame? How are we going to involve the influencer?

Let’s take a look at a practical case.

On October 25, the Museum of Romanticism of Madrid inaugurated the exhibition entitled “Romantic Fashion”. The exhibition was dedicated to analyzing the birth of fashion as a social phenomenon through 22 models of the late eighteenth and nineteenth century. These were set in the rooms of the museum.

During the days prior to the inauguration, the Museum began to disseminate contents about the previous assembly and the preparation of the sample via its various social media platforms, with the hashtag #Lamodaromántica.

And with the aim of increasing the impact and notoriety, they planned a campaign with influencers the day before the inauguration. On October 24, a free, exclusive and restricted guided tour was given only for a select few. The exclusivism of the experience would serve as an incentive for the guests .

All this was done in collaboration with IgersMadrid, a community of Instagrammers in Madrid.

With the help of a tool called Pirendo, we analyzed the movement around the hashtag up until its final weeks.

Between October 7 and November 6, the hashtag #Lamodaromántica generated a total of 116,308 impressions on Instagram, through 60 publications (all images, no video) made by 25 users, who recorded 4,489 interactions.

It was, therefore, a hashtag with a low number of publishers, concentrated only among 25 users, who nevertheless achieved a significant interaction and impression ratio .

The general figures make more sense if we analyze the data on virality and the temporal evolution of publications provided by Pirendo. The data showed a significant peak between October 24 and 26.  40 out of the 60 publications were made between these three days. More than half of the interactions (specifically 2,838 or 63% of the total interactions) and almost half of the impressions (55,717) were concentrated.

That is to say, the event prior to the opening with influencers involved,  and the two following days were a huge factor for the exhibition to increase its impact and its notoriety in Instagram.

But who, of those 25 hashtag users, have been the most active? If we limited the period of analysis to the three days of maximum concentration, we would probably find that the most active were the influencers invited by IgersMadrid. But that conclusion does not have much merit, right? “Since you attended, you must publish something”. Therefore, I recommend contextualizing this data as a global activity, considering the total analysis period.

The ranking of Pirendo indicates that the most participative user has been @museodelromanticismo, the organizer of the exhibition, with 11 published images. This was followed by @pam_foto, with 8 publications, @madridnube with 6 and @dani_puertas with 5.

If we exclude the organizer himself, @pam_foto was the most active user of all.

But publishing photos more frequently or less frequently does not imply that the user is able to increase or decrease impact. How then, do we assess the role played by the influencers summoned by IgersMadrid?

Through the Publications Table and the Pirendo Points that the tool assigns to each post, we found out which users achieved the greatest impact on Instagram, and through which image in particular.

Except @gafasamarillas and @granvidamadrid, they all belonged to the collective of influencers IgersMadrid invited. Their participation in the campaign prior to the inauguration was, therefore, key in boosting the notoriety and impact of the hashtag.

The case of @rosabp, @manuelgzavala, @ranasencantadas and @d3borator are also significant, since each of them published only one image on #Lamodaromántica, but each one of their posts multiplied the virality of the hashtag.

And speaking of being viral, as an Instagram user, it is important to build a community of followers that will also help support you and your brand. As a way of enticing your Instagram followers to stick around and to get more IG followers, you could also try signing up for a free trial of our Instagram growth service.

Beyond the specific people who attended the exclusive visit, did the Iger movement have an additional role, contributing to the viralization of the hashtag?

The Pirendo ranking of the most quoted hashtags shows that the leading positions were occupied by the hashtags #igersmadrid, #igersspain and #somosinstagramers. These were, of course, in addition to the hashtag of the event #Lamodaromántica and others related to the activity (#museodelromanticismo, #moda, #museodeltraje colaborador de la exposición, etc).

These are the hashtags with which the Instagrammers community in Madrid labeled their publication. The hashtags had a high capacity for impact and reach, which in this case supported the dissemination of the #Lamodaromántica event.

But of course, relying on clever hashtags  alone won’t cut it. As a business or a brand, extending your reach also means gaining more Instagram followers and growing your account organically. Try out Simplygram where you can sign up for a free trial of our Instagram growth service to help you move even further.