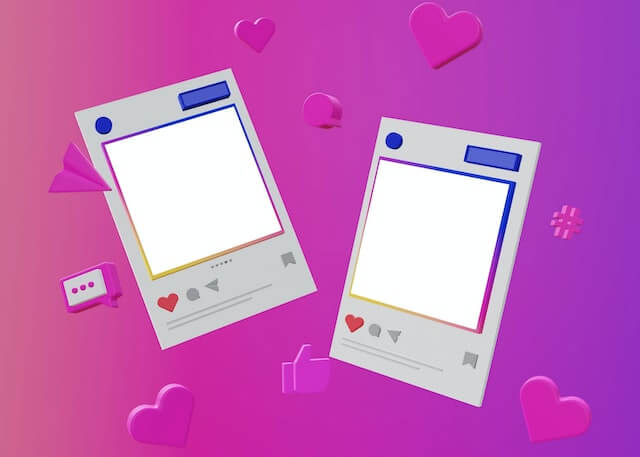 Check your Instagram follower list right now and make a note of the number. Check it again tomorrow and the day after. Is the count decreasing? Keep track of the list for a week or two. Does it show a steadily declining graph? Then it means that you are losing followers on Instagram, probably without gaining any in the process. And there could be many reasons why that is happening. In this post, we will discuss the most probable reason and how to overcome it, a trade secret known only to a few!

Shadowban, also called stealth ban, is exactly what it sounds like. It is the process of banning certain parts of a user’s content to be displayed on social media in such a way that the user won’t be able to notice it. Major social media websites like Instagram, Facebook, and Twitter have been constantly denying the existence of this practice, but everyone knows that it runs rampant online.

It is similar to the situation in “Harry Potter and the Order of the Phoenix”, where everyone knows that Voldemort exists and has come back from the grave. But the authorities keep denying the fact, so it’s all kind of hush-hush.

Essentially, if you have been shadowbanned by Instagram, then your posts may not be visible in the hashtags you have been banned for. If people have followed you because of your posts in that particular hashtag, then noticing your absence from there, they may start unfollowing you. That is why you might be randomly losing followers on Instagram – because of your shadowban.

Why Do People Get Shadowbanned?

There could be one reason or many to get shadowbanned on Instagram. To understand why you have been shadowbanned, you need to first know the reason behind the implementation of this practice. So let us narrate a tale full of love, lies, betrayals, twists, and redemption.

There was once a time when a few Instagram users lived a happy virtual life, sharing their joys and sorrows, and passions and businesses. They interacted with each other in perfect harmony. Enter the villain in the guise of a regular Instagram user. Their sole aim was to manipulate the platform’s algorithm for their own gain, flooding it with bot accounts that multiplied and spread like a virus, boosting the villain’s presence on the website, and belittling everyone else.

Instagram eventually noticed the villain, but they couldn’t do anything about it without destroying their platform. And so, they tweaked their algorithm slightly, in a bid to sift the fake accounts from the genuine users and remove the former. The operation was a resounding success with the bots reduced considerably, leaving the villain with no weapons to run their scams. However, a few of the genuine users got caught up in the net as well; genuine users like you!

To sum it all up, if you have been shadowbanned, then either you are that villain in the story or collateral damage. You will get redemption if you are collateral damage and you will stop losing followers on Instagram because of it, but there may be no hope for the villain. Before we get to the redemption part though, let us first determine if you have indeed been shadowbanned.

As mentioned earlier, a shadowban is banning the user in certain areas of the platform so that they can’t detect that they have been banned. Thus, it is not easy to determine if you have been shadowbanned on Instagram, but it is not impossible either. It’s a lot of work, however.

Shadowbanning usually occurs with hashtags because bots tend to flood a single hashtag. So start checking if your previous posts appear on every hashtag you have used so far. It’s a grind to check the numerous posts related to the hashtag, but it is well worth the trouble. If even one of your posts isn’t visible in the list, then know that you have been shadowbanned, which is why you are losing your followers on Instagram every day.

Alternatively, you can upload new posts for all your previously used hashtags and check them in the feed after a few hours. This way is relatively easier since your posts will be somewhere near the top, but you will have to come up with unique ideas for each hashtag so that you can retain your reputation.

This is the part where you get your redemption. If you have been shadowbanned on Instagram for a particular hashtag, then it’s possible that you have used that hashtag for several posts in a row, or quite frequently, so much so that the website’s algorithm has put your account up on the banned list for the hashtag. Overuse of the hashtag made Instagram think that you were a bot!

Don’t worry! Shadowban isn’t permanent. You can get unbanned by following these simple steps.

Using Inorganic Growth Tactics in the Past

You may still be wondering if hashtag overuse is the only reason behind the shadowban. To be sure, it’s ONE of the probable reasons. If you haven’t been flooding hashtags, then you may wonder why you lose your following. In this case, you have most probably used inorganic growth tactics in the past to boost your Instagram presence.

Did you hire any third-party agency to inflate your number of followers? There are only a few genuine, organic growth services in the market right now. The others are most probably fake, flooding your “followers” with bots. And as you might know by now, Instagram hates bots! So make sure to unsubscribe from those inorganic growth agencies before seeking redemption on the platform.

Irrelevance of Your Niche

It is quite possible that neither you nor Instagram is at fault for the shadowban. The niche or hashtag that you are posting in has simply become irrelevant with time. For instance, if you have been posting about a certain niche folklore that nobody cares about anymore, then that may be the reason why your follower count is decreasing. Think something out-of-the-box, connecting that ancient folklore with modern traditions, and try to revamp it in a unique way!

Have you been dishing out the same kind of content over and over again? Let’s say that you’re passionate about “A Song of Ice and Fire” books and TV series. George R.R. Martin hasn’t published a new book in over a decade, and the TV show has almost lost its fizz. People are tired of hearing of what may happen after Varys killed Kevan Lannister, or how boring the final season of “Game of Thrones” was. Think up something new, post about the “House of the Dragon”, for instance!

In essence, the answers to the question, “why are Instagram followers decreasing after posting?” can be numerous. But the solutions to invert the situation are few and far between. Now that you know all the possible reasons why people are unfollowing you, opt for the prevention rather than the cure. Don’t overflow your hashtags, use only organic growth tactics, choose a relevant niche, and keep adding fresh, new content to your feed.